In the interest of continuing with my ridiculous (yet adorable) "newborn" shoots, this week I dropped in on Lindsey White of La Rosa Que Crecio to meet her new puppy Stella and to take some beautiful pictures to capture the fleeting time that she will be so tiny. 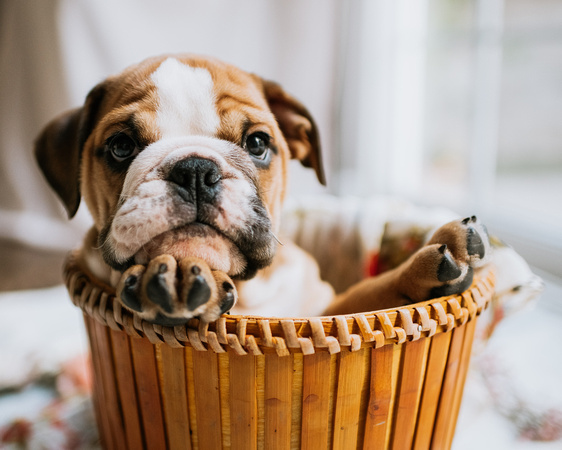 One day Stella will be a 50lb fart machine but today, she is only two months old and weighs just 10lbs. 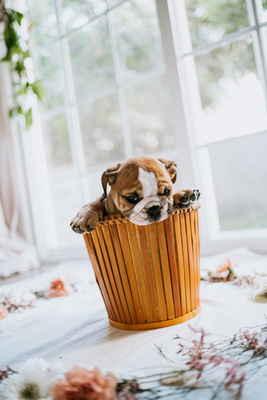 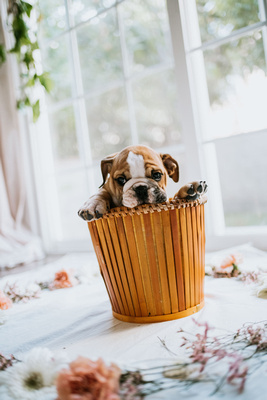 This cutie came from a litter of all girls. Her sister's names are Lolita, Penny, Elenor and... Potato. 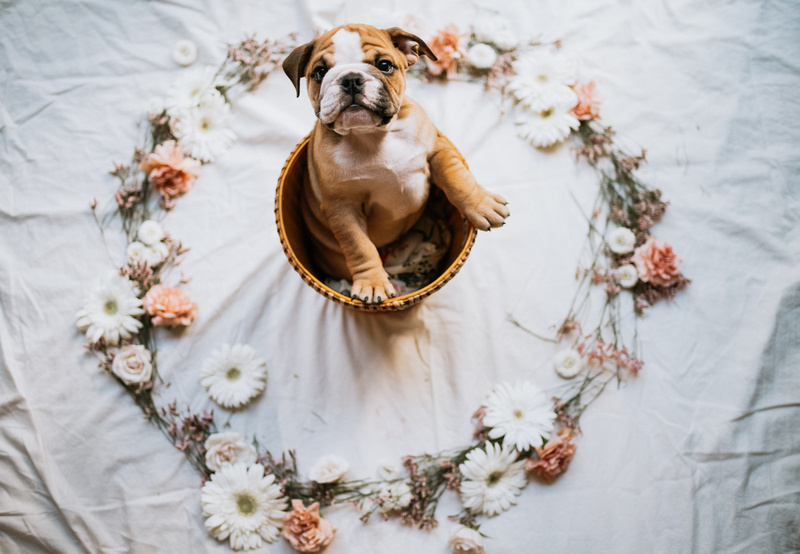 Surrounded by girls for her entire young life, sassy Stella had never met a boy dog until she moved in with her new family and was introduced to the dog next door.

First thing she did was bite him on the Ding Dong. 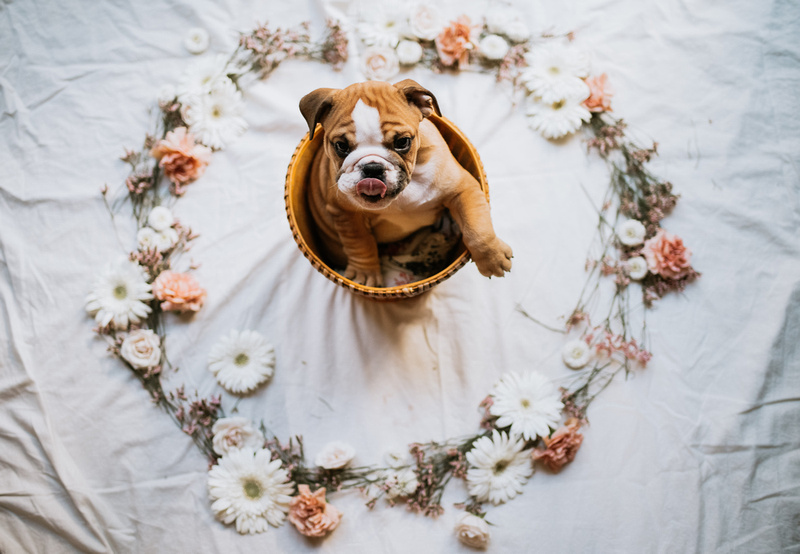 Stella was a SHOW OFF when I got to her house. She tried to eat my necklace, she tried to eat the flowers her mom was arranging, she borked at the pizza we were eating and then peed on the laundry pile. 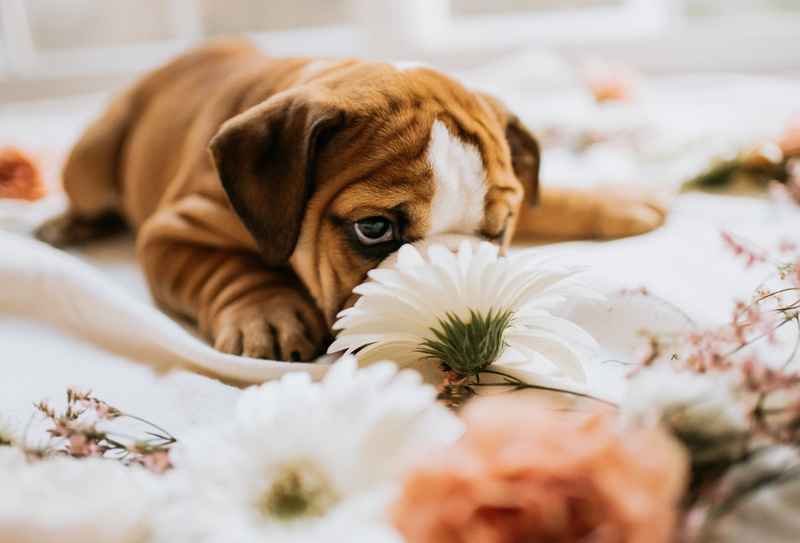 Being a bulldog, Stella sleeps approximately 23.5 hours a day but she was wired and ready to wrestle! She acted like a total goober and gave her mom a run for her money! 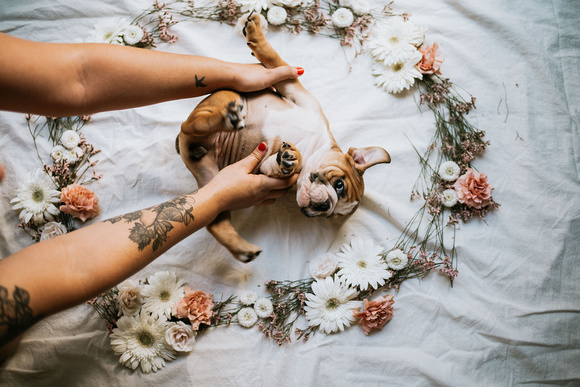 But being in front of the camera could tire juuuuust about anypup out and she slowly got sleepier. 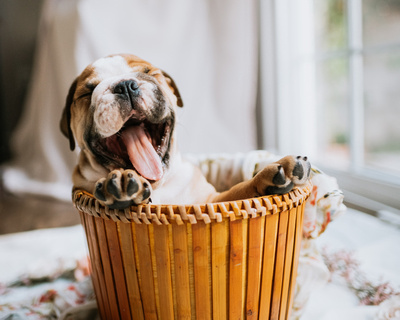 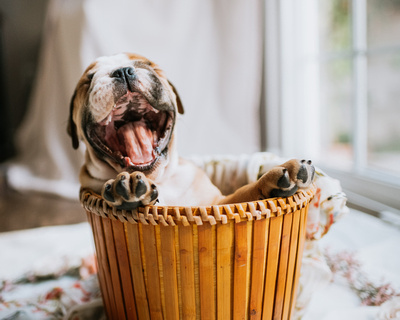 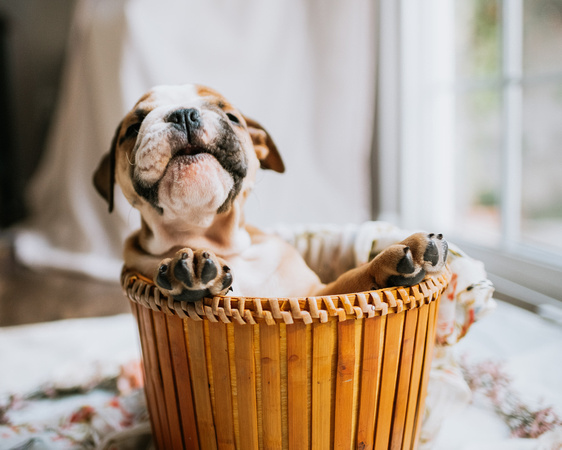 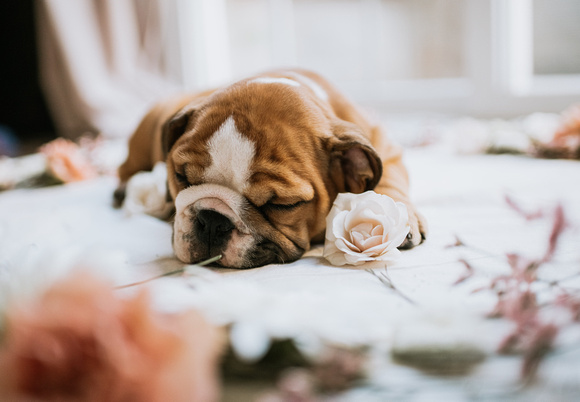 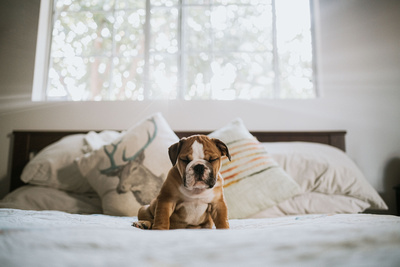 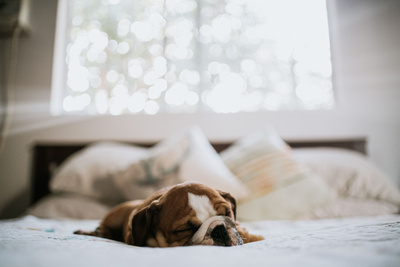 I could stare at her lil' smoosh face for hours but a girl has gotta get her beauty sleep! I reluctantly called it a wrap and let the little angel get her rest.

Oh, Stella. Til next time we meet!

Who run the world?