As a documentarian of love, I travel all over the country to take pictures of weddings. This weekend love brought me to Ventura County, where I photographed the marriage of Anthony and Kris Ann. 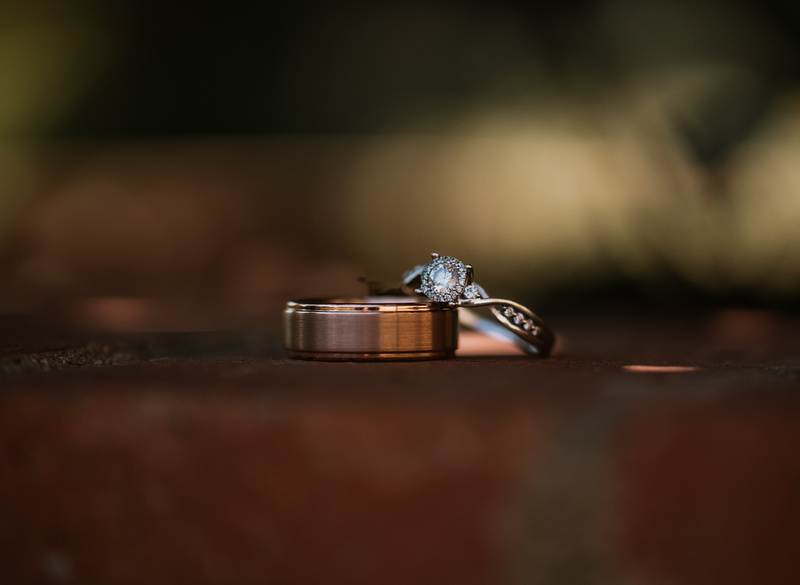 These two are opposites and yet, seem perfectly paired. Anthony is boisterous and energetic while Kris Ann is more quiet and reserved. They first met in church, and Kris Ann caught Anthony's eye pretty quickly. "You should ask me for my number" he boldly told her. Not wanting to give him the satisfaction, Kris Ann held off and bided her time. Later on, after flirting at a party they both attended, Kris Ann did a little reconnaissance and found Anthony's phone number in the church directory. The rest is history. 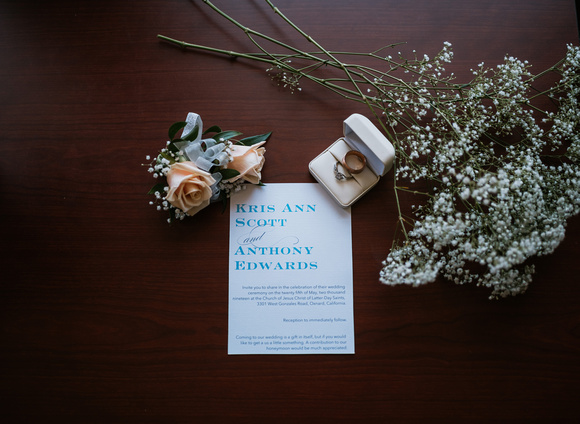 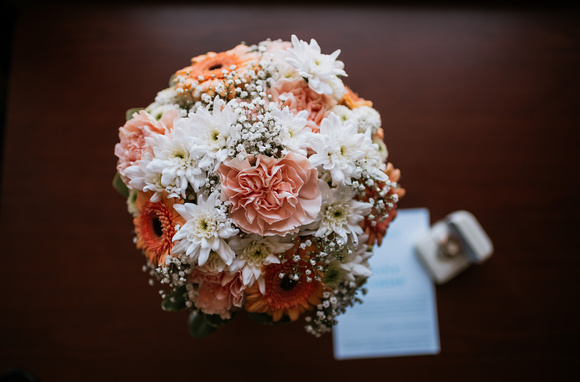 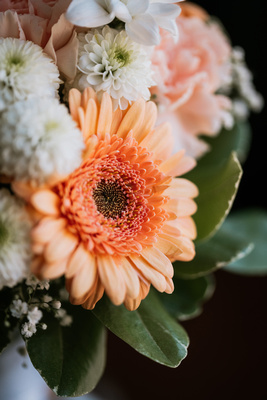 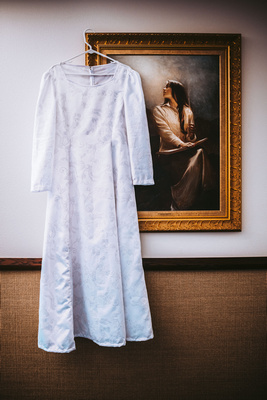 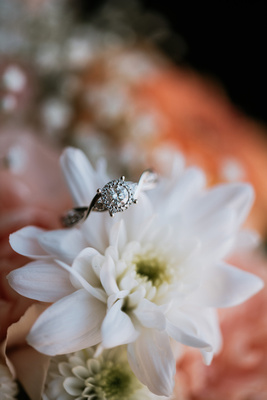 A hotel snafu prevented Kris Ann from getting ready at the hotel like she planned, so she and her bridesmaids got ready in the bathroom of the church instead! Unexpected snags in the plan can feel so stressful, but I truly believe that things going wrong at a wedding is the perfect metaphor for marriage! Sometimes things go right and sometimes they don't but you lean into each other, adjust the plan, and move forward as a team. 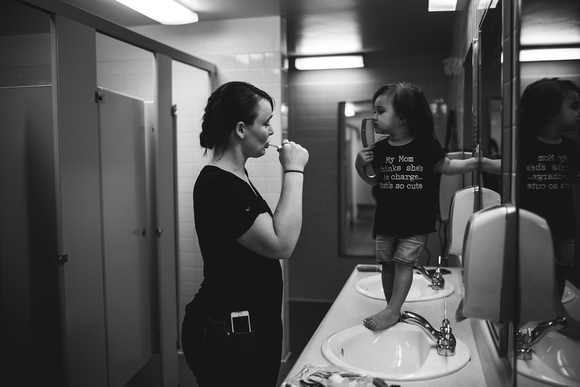 An adorably sassy flower girl made the bathroom quite entertaining! 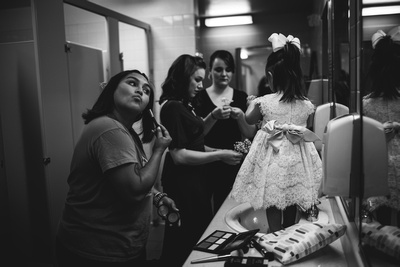 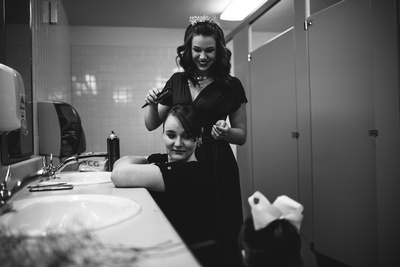 Anthony got ready at the home of his brother, in the company of men he has known his entire life and his brother's children. 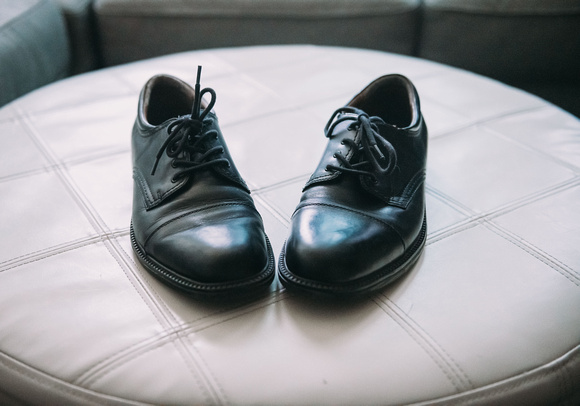 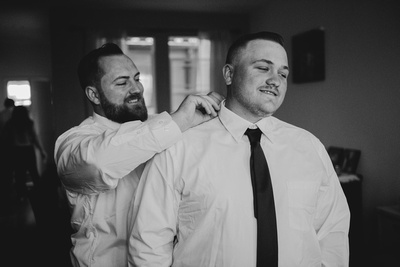 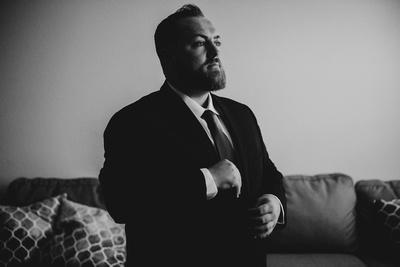 Both Anthony and Kris Ann are huge lovers of the outdoors and they wanted to do their first look surrounded by nature. We chose the Ojai Meadow Preserve, which had beautiful trees and rolling meadows- the perfect combination of the nature they both grew up with. 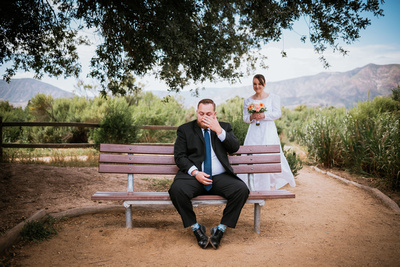 Anthony got a little choked up with emotion before he even saw his bride... the anticipation was enough to do him in. When he turned around he stared at her with the most tender expression. "You're so beautiful, baby. I love you so much" he kept saying over and over. 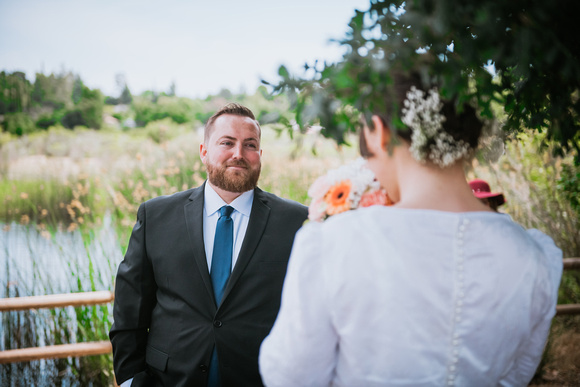 Kris Ann surprised Anthony with the knowledge that she made her own wedding dress! She found the act of stitching her wedding gown to be a grounding and calming thing amidst the chaos of wedding planning. 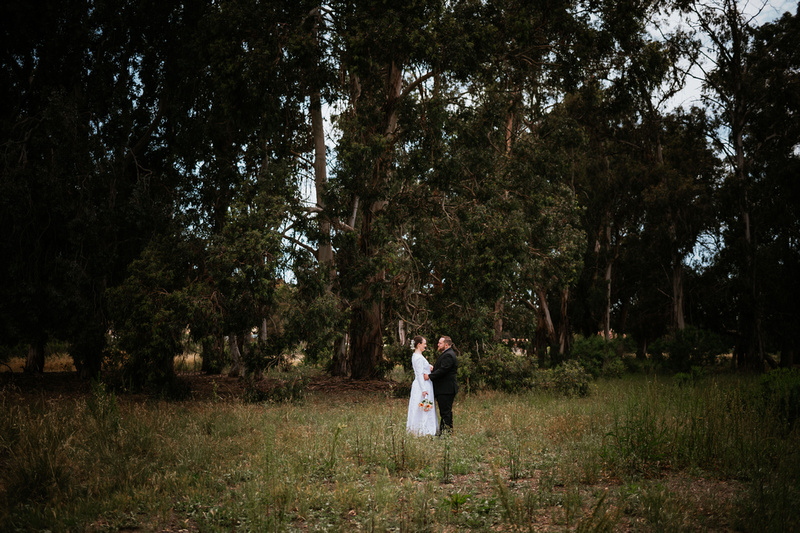 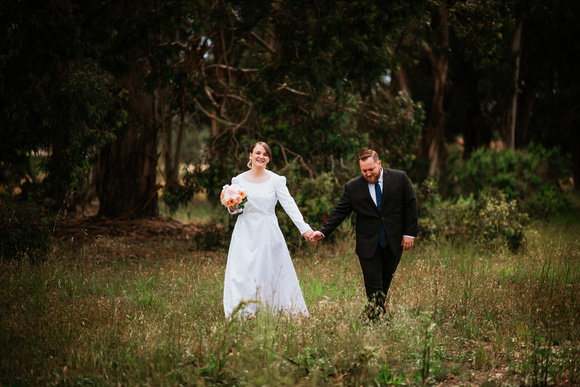 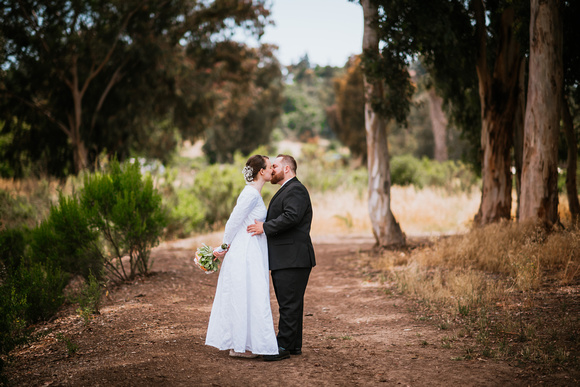 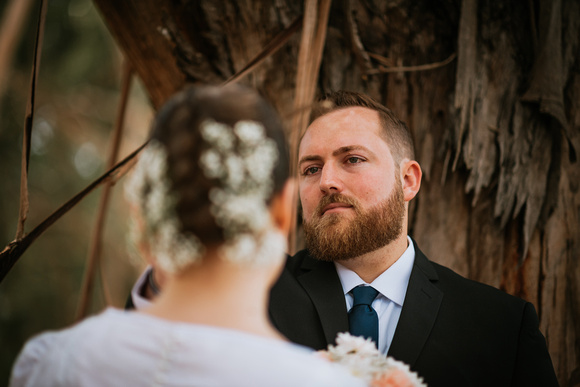 I can't get over the way he looks at her. SWOOOOOON! 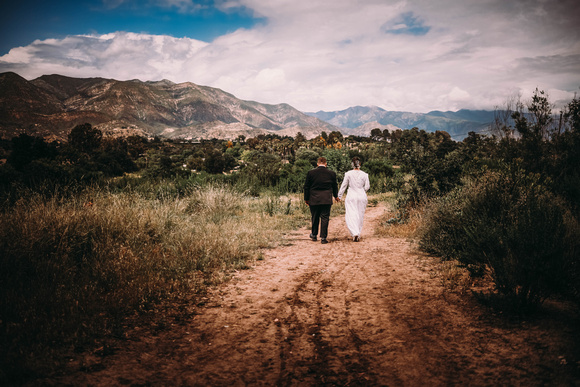 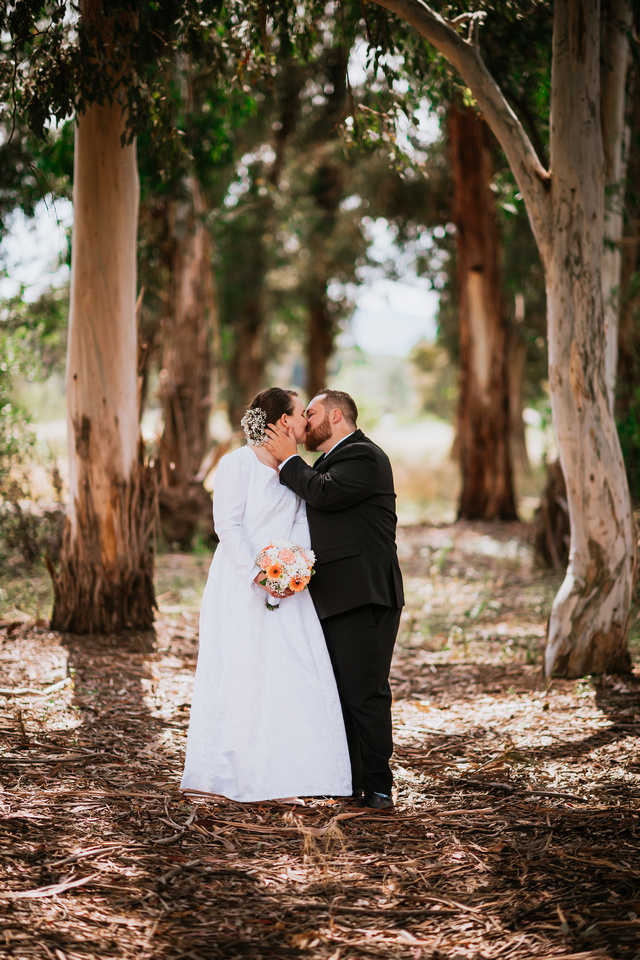 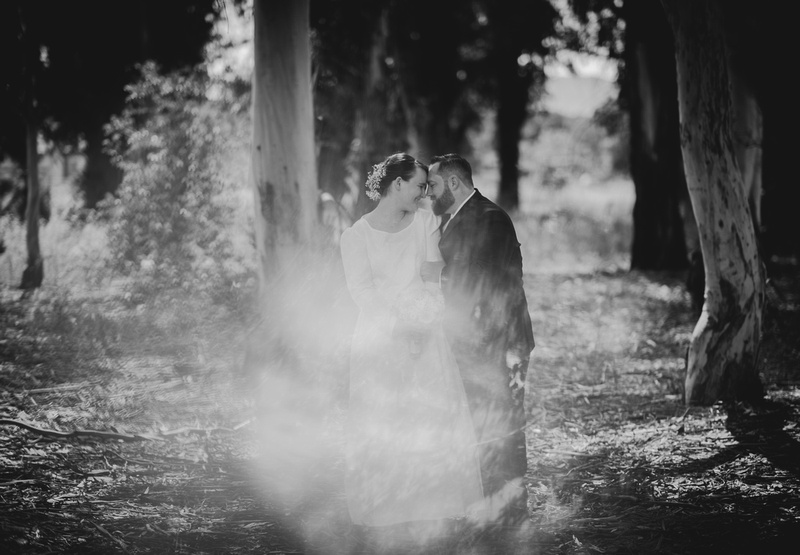 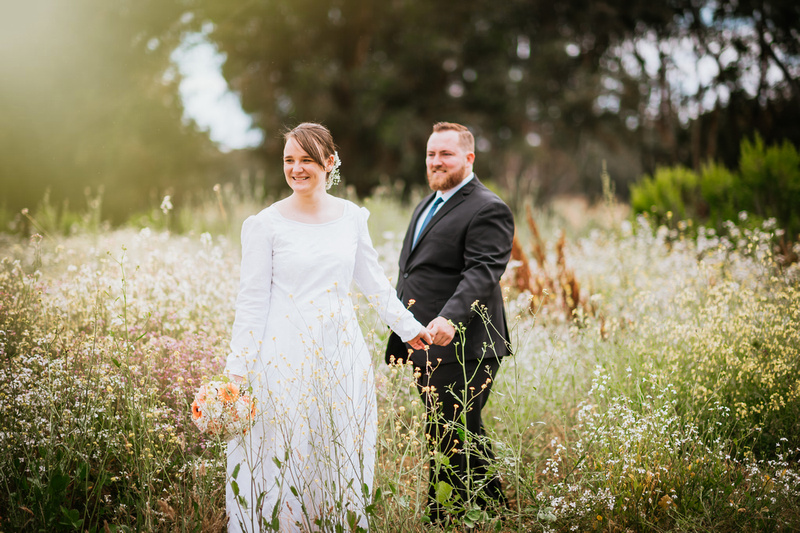 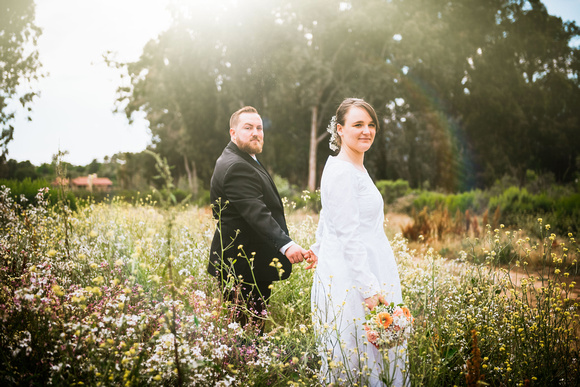 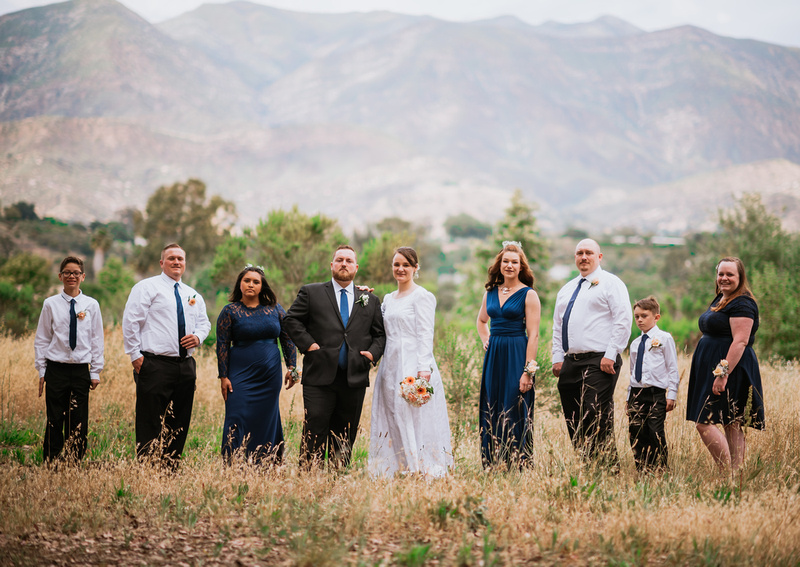 After a few shots with their fabulous wedding party, we had to hit the road so we could get these two to the church on time!

They opted for a simple ceremony and a small guest list. Their families and a few close friends were all they needed to celebrate this joyous union. 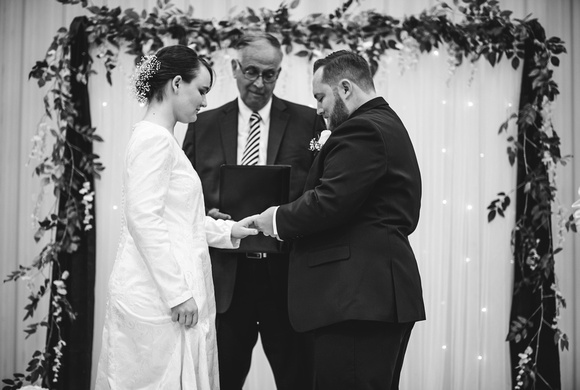 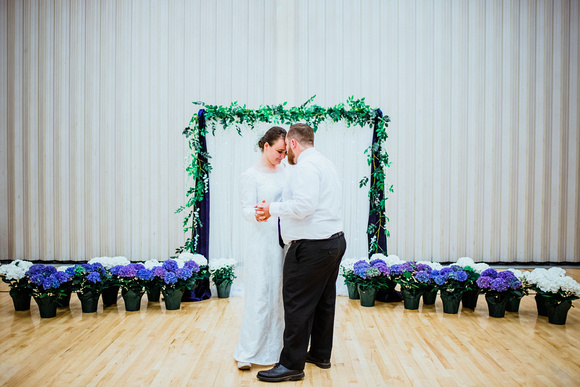 Their reception was relaxed and happy. They opted for a few first dances and then Anthony entertained the guests with the story of a failed bear hunt on the day he proposed. He had a bear in his sights but then hesitated, the bear disappeared and he missed his chance to pull the trigger. He realized he didn't want the same thing to happen with Kris Ann. That night after they got home, he dropped to one knee in the kitchen and proposed. 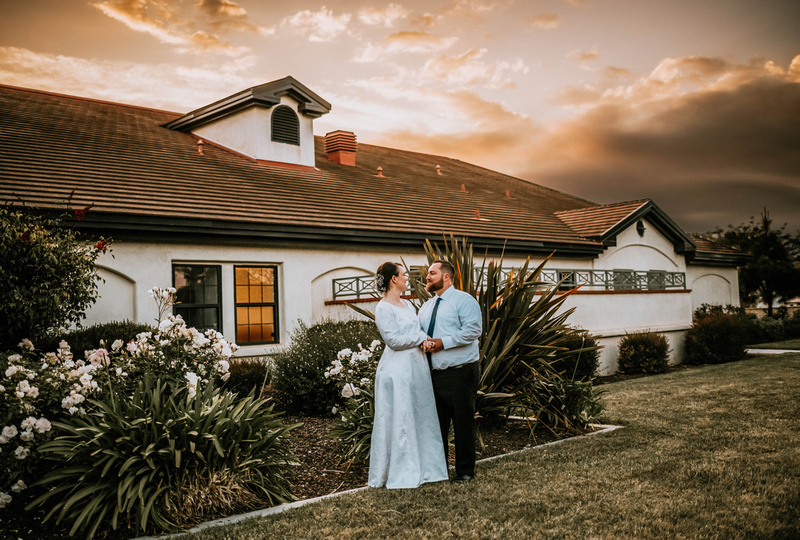 Their future is as big as the sky and I wish these two a lifetime of happiness, love and shared dreams.